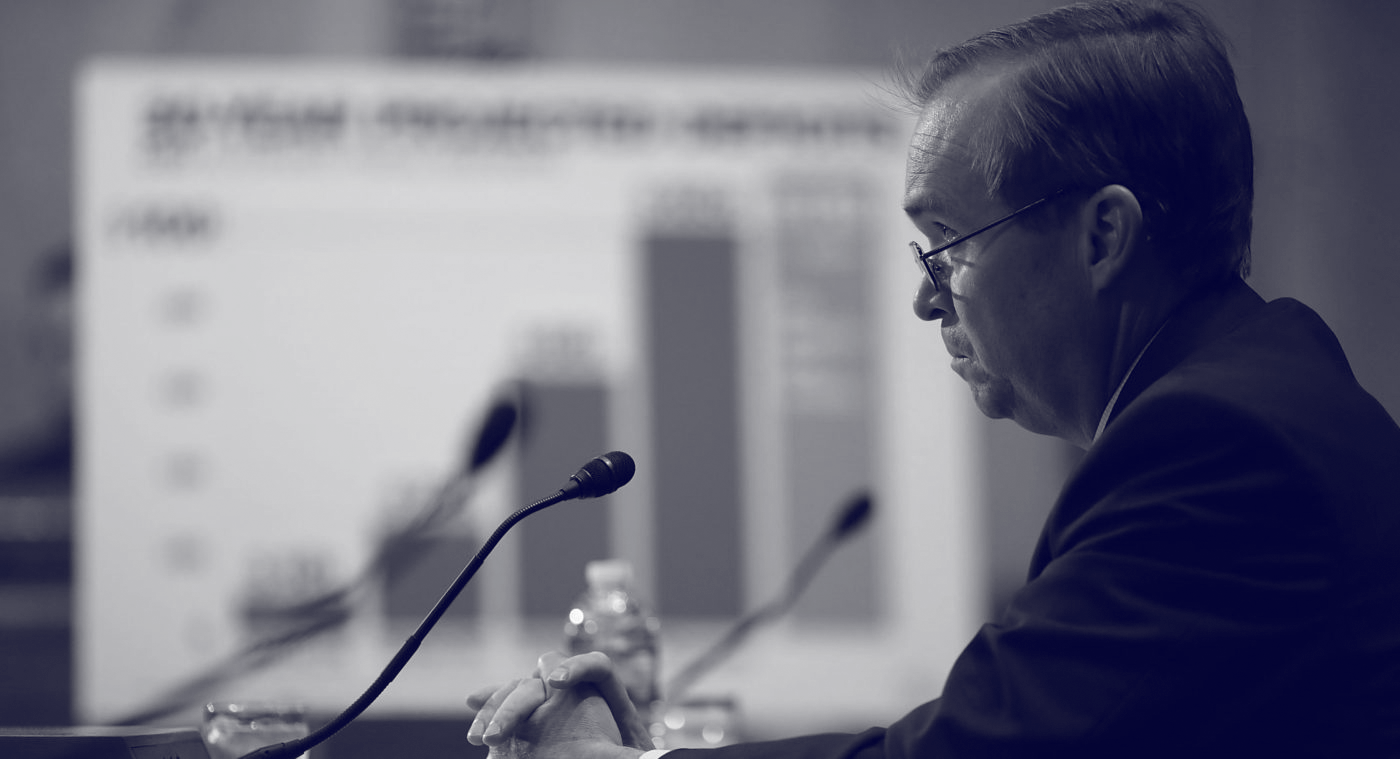 Eugene Scalia is an anti-Dodd-Frank attorney who regularly challenges legislation meant to regulate the financial sector. Gary D. Cohn is an investment banker who was formerly the president of Goldman Sachs. Charles Schwab is, well, Charles Schwab.

What do all these individuals have in common?

Mick Mulvaney, the new head of the Consumer Financial Protection Bureau, has been meeting with them over the course of the year according to official White House visitor logs.[1]

Property of the People, in May 2017, requested the appointment books and visitor logs for the heads of the Office of Management and Budget (OMB) and four other offices within the Executive Office of the President. Despite the White House’s efforts to block access to the visitor logs, Property of the People successfully sued for access. With the help of ProPublica, the logs are now organized in a user-friendly, text-searchable database located here.

John Michael (“Mick”) Mulvaney, Director of OMB, has between a handful and a dozen of appointments on any given day reflected in the visitor logs. Many of these are innocuous. Laced in between interviews with ABC’s Good Morning America and appearances on FOX News, however, are meetings and phone calls with individuals and entities that Mulvaney is now –vexingly – tasked with regulating.

On November 24th, 2017, Donald Trump picked Mulvaney to become the Director of the Consumer Financial Protection Bureau (CFPB). This spearheaded a dizzying confusion as to who actually now runs the CFPB. Outgoing Director Richard Cordray appointed the agency’s chief of staff Leandra English as deputy director, meaning that she was to take over upon Cordray’s departure. Things were looking good for English, given the precise language of the Dodd-Frank Act of 2010 which mandates that the CFPB’s deputy director shall serve as acting Director in the absence of the actual Director.[2]

On November 28th, however, a Trump-appointed judge granted the position to Mulvaney.

Compound this apparent circumvention of the law with the contents of the White House visitor logs and there emerges good grounds for concern about how Mulvaney’s new role will affect the future of consumer protection.

The Consumer Financial Protection Bureau was founded in 2010, born out of the Dodd Frank Act in the aftermath of the financial crisis. The CFPB’s primary goal is to monitor banks, lenders, debt collectors, insurance companies, and a host of other financial companies in order to protect consumers and regulate the financial sector.

Not only is Mulvaney’s appointment to the CFPB alarming given both President Trump’s desire to de-regulate and Mulvaney’s own statements in which he referred to the agency as a “sick, sad” joke, but Mulvaney’s contacts with the financial sector stand to truly negate the letter and spirit of Dodd-Frank and the CFPB, especially if they continue.

In addition to the aforementioned meetings, Mulvaney met with Jamie Dimon (CEO of JP Morgan Chase), Micah Green (banking lobbyist), Andy Cecere (CEO of U.S. Bank), Steven Mnuchin (finance chairman for Trump’s campaign), and others who stand to benefit from a feeble, fangless CFPB. Property of the People will continue to monitor Mulvaney’s contacts and dealings in his new position.

The CFPB, since its inception, has returned nearly 12 billion dollars back to nearly 30 million consumers. Property of the People hopes this trend continues and we intend to vigilantly do our part to ensure it does.

[2] S 1011(b)(5) of Dodd-Frank says the deputy director shall “serve as acting Director in the absence or unavailability of the Director.”