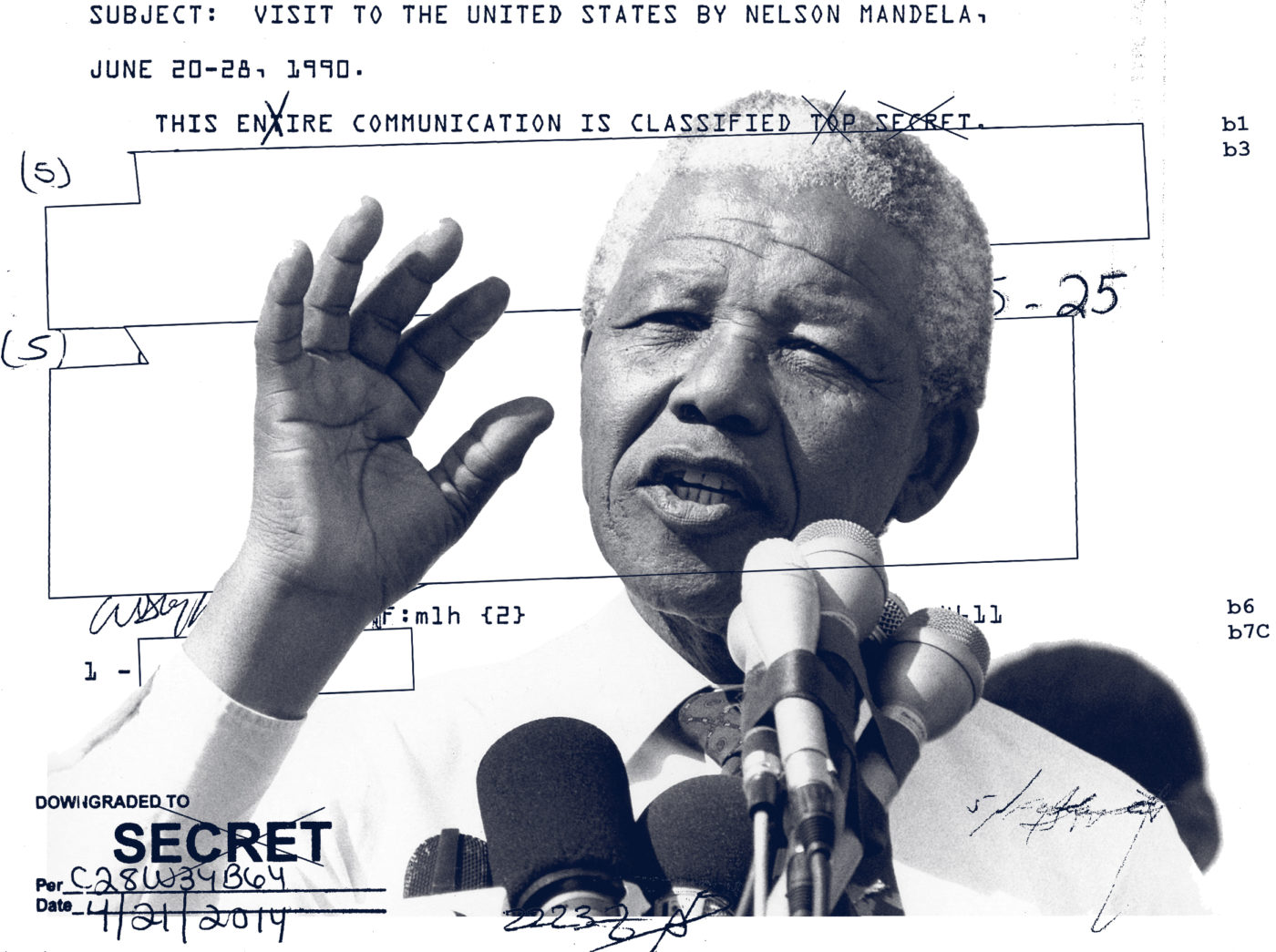 Washington, DC — Today, on the 100th anniversary of Nelson Mandela’s birth, Property of the People is making all documents about Mandela obtained through it’s FOIA litigation from the FBI, CIA, DIA, and NSA available to the public.  Spanning thousands of pages, the vast majority of these documents have never before been seen by the public.

For his role coordinating the movement to end apartheid in South Africa, Nelson Mandela was arrested in 1962, ultimately serving 27 years in prison. Though Mandela was freed in 1990, Mandela remained on the U.S. terror watchlist until 2008. Despite long standing public knowledge of U.S. intelligence agency assistanceto apartheid South Africa, and likely involvement in Mandela’s 1962 arrest in particular, little specific public information exists on these crucial matters.

Shortly after Nelson Mandela’s death in 2013, MIT PhD candidate and Property of the People president, Ryan Shapiro, filed a Freedom of Information Act (FOIA) lawsuit against the Central Intelligence Agency (CIA), the Federal Bureau of Investigation (FBI), the National Security Agency (NSA), and the Defense Intelligence Agency (DIA) for records on agency efforts to counter Mandela and his movement for racial justice in South Africa.

Shapiro’s FOIA lawsuit, which remains ongoing, has forced the intelligence agencies to release thousands of pages of illuminating documents. Shapiro has made a portion of these documents available to the public, resulting in extensive press coverage of FBI efforts to surveil and subvert Nelson Mandela and his struggle for racial justice. Some highlights of these documents are provided below.

Regarding the released FBI documents specifically:

“These documents not only bring to light politically motivated FBI spying on Mandela, they also expose something even darker. The documents reveal that, just as it did in the 1950s and 60s with Martin Luther King Jr. and the civil rights movement, the FBI aggressively investigated the U.S. and South African anti-apartheid movements as Communist plots imperiling American security. Worse still, the documents demonstrate the FBI continued its wrong-headed Communist menace investigations of Mandela and the anti-apartheid movement even after U.S. imposition of trade sanctions against apartheid South Africa, after Mandela’s globally-celebrated release from prison, and after the fall of the Berlin Wall. Ultimately, what the documents reveal is the FBI’s unflagging conflation of social justice efforts with security threats, and the FBI’s cartoonish obsession with Communist Party subversion in the United States even as the Cold War itself crumbled into obsolescence.”

Regarding the released documents more broadly:

“Democracy cannot meaningfully exist without an informed citizenry, and such a citizenry is impossible without broad public access to information about the operations of government. Secrecy is a cancer on the body of democracy. The records of government are the property of the people. Yet, unknown billions of pages are needlessly hidden from the people behind closed doors and “classified” markings. It is an honor to make public for all these critical documents about the United States’ long and continuing conflation of necessary social justice efforts with threats to American security.”