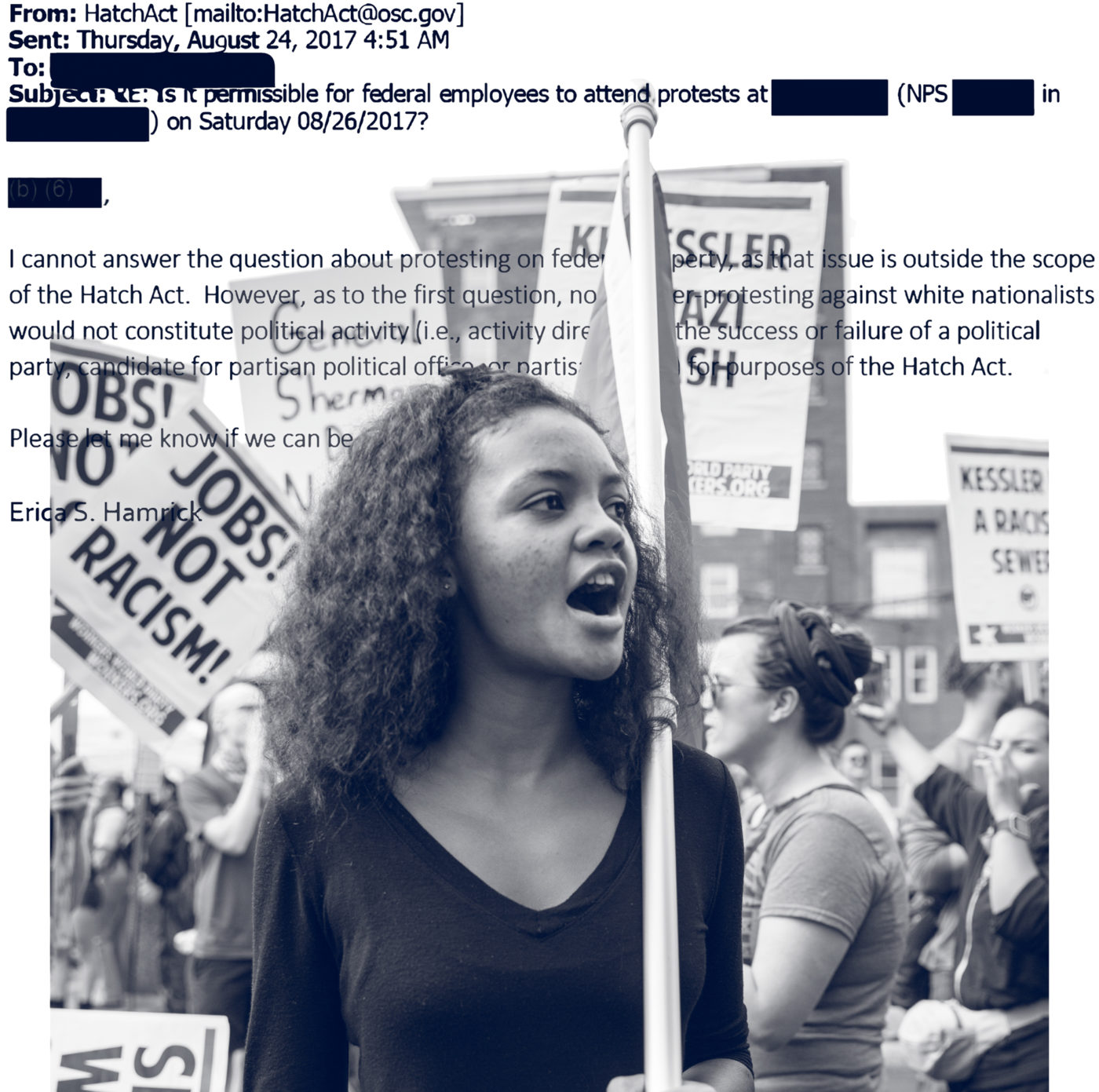 “Counter-protesting against white nationalists would not constitute political activity (i.e., activity directed at the success or failure of a political party, candidate for partisan political office, or partisan group) for the purposes of the Hatch Act.”

This is the official opinion of the Office of Special Counsel (OSC), the federal agency tasked with enforcing the Hatch Act. This opinion reinforces federal workers’ First Amendment liberties as Americans to exercise their right to peaceably assemble. The opinion was obtained by Property of the People under the Freedom of Information Act.

In effect since 1939, the Hatch Act provides parameters for which speech activities by federal workers are permissible on federal property, while on-duty, while in official uniform, and so on. From bumper stickers on cars parked in a federal lot to screensavers on computers in federal offices, the Hatch Act advisory opinions cover it all.

The primary purpose of the Hatch Act is to ensure, to the extent practicable, a politically neutral workplace. This is intended to protect federal employees from political coercion and ensure federal programs are administered in a nonpartisan manner. Many federal workers are confused about whether and to what extent they may exercise their free expression and assembly rights, even while off-duty and off federal property.

This is a real problem.

Through the Freedom of Information Act, over the last six months, Property of the People has received hundreds of advisory opinions from the Office of Special Counsel about the scope and application of the Hatch Act.

In light of the imminent Unite the Right Rally coming to D.C. this weekend, Property of the People wishes to showcase this particular OSC opinion, ruling that counter-protesting white nationalists does not run afoul of the Hatch Act.

So, if you’re a federal employee who wants to protest the white nationalist scourge converging on our nation’s capital, the Hatch Act has your back.