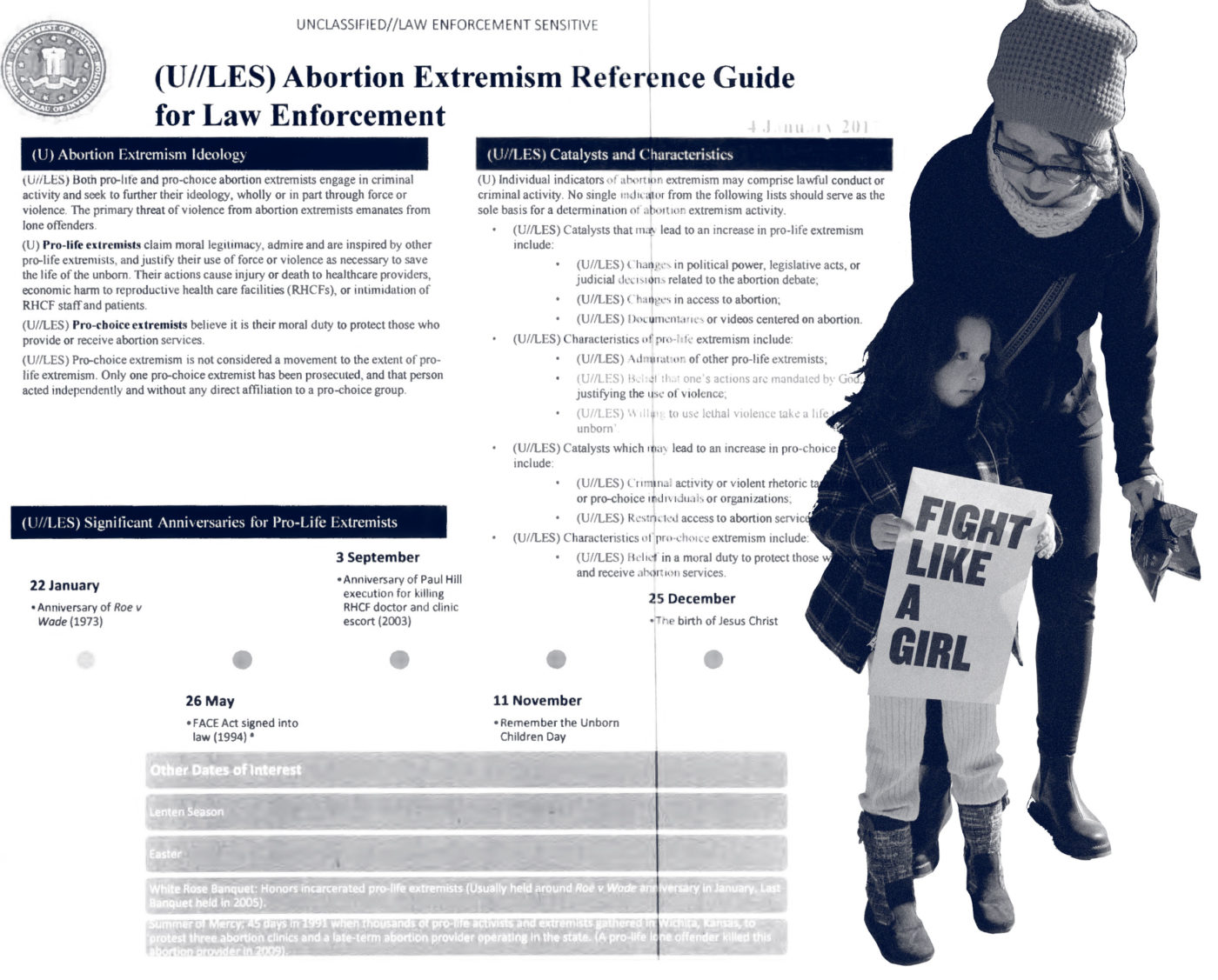 Washington, DC — In an especially egregious case of “bothsidesism,” the FBI is training local law enforcement that the pro-choice movement represents a violent terrorist threat in ways akin to the extreme anti-abortion movement. This was uncovered in documents obtained via an open records request submitted by the transparency organization Property of the People.

One of the newly-obtained documents, titled “Abortion Extremism Reference Guide for Law Enforcement,” was distributed by the FBI at a counterterrorism training for local law enforcement in 2017. The opening line of the document reads dubiously, “Both pro-life and pro-choice abortion extremists engage in criminal activity and seek to further their ideology, wholly or in part through force or violence.”

The FBI’s Abortion Extremism Reference Guide for Law Enforcement further informs that, “Catalysts which may lead to an increase in pro-choice extremism include […] “restricted access to abortion services.” The FBI’s Guide continues that, “Characteristics of pro-choice extremism include belief in a moral duty to protect those who provide and receive abortion services.”

“Pro-choice activists should not have to worry about being targeted as terrorist extremists simply for advocating for bodily autonomy and a woman’s right to choose,” said Gunita Singh, Staff Attorney for Property of the People.

“The FBI has a long, sad history of targeting progressive movements as threats to American security,” stated Ryan Shapiro, Executive Director of Property of the People. At its core, the FBI is, as it has always been, a political police force that primarily targets the left. However, what we’re seeing here is in some ways even more disturbing than the FBI’s routine policing of progressive dissent. Pro-choice activism isn’t even dissent. It’s literally a movement to uphold the existing constitutional order.”

The FBI’s message appears to be taking hold. As revealed in another document obtained by Property of the People, one Washington State Sheriff who attended the FBI’s counterterrorism training shared the Bureau’s Abortion Extremism Reference Guide for Law Enforcement (along with other FBI domestic terrorism reference guides) with the rest of his department. In his email distributing the guides, the Sheriff added, “I attended a counter terrorism meeting with the FBI and other agency heads a short time back. Attached is the latest and greatest about groups we should be aware of.”