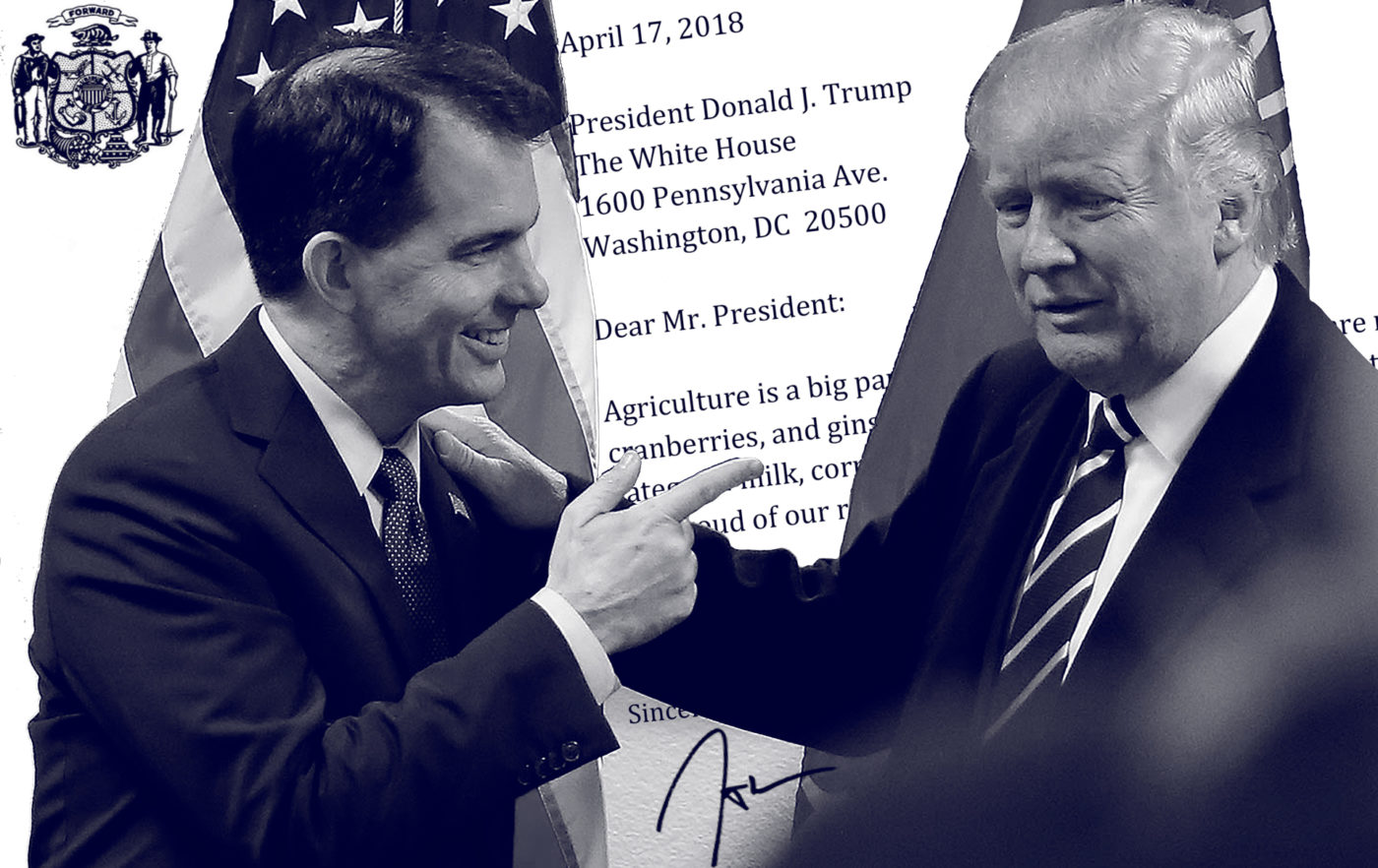 This week, President Trump tweeted that he “stand[s] with our farmers” and is “making good on [his] promise to defend our Farmers & Ranchers from unjustified trade retaliation by foreign nations.” As with so much of what emanates from Trump’s mouth and Twitter account, the President’s latest claim is patently false.

In July, President Trump imposed wide-ranging tariffs on Chinese goods, ostensibly over unfair trade practices regarding American intellectual property. In response, China imposed retaliatory tariffs on an assortment of U.S. goods, including agricultural products. The U.S. then imposed additional levies on Chinese goods, even threatening to impose them on virtually all Chinese exports to the United States. Foreseeably, China retaliated in like vein, warning that the dispute will result in “the largest trade war in economic history to date.”

In August, Trump tweeted, “Tariffs will make our country much richer than it is today.” Yet, as foreign policy think tank the Council on Foreign Relations recently retorted, “So far, there’s not much evidence of that.” Continued CFR, “U.S. exports to China have plummeted since June—while U.S. imports from China have continued to rise. Meanwhile, U.S. importers (many of whom are exporters) have seen their U.S. tariff bill more than double since May, topping $5 billion in October.”

U.S. industries far removed from the intellectual property issues purportedly underlying the President’s tariffs are taking the hit. One of the hardest stung industries is U.S. agriculture. American farmers are direct casualties of President Trump’s trade war, and Trump’s self-congratulatory tweets do little to alter this reality.

Property of the People has submitted a series of open records requests through the federal Freedom of Information Act (FOIA) and state public records laws to illuminate the fallout from Trump’s trade policies. Among the documents we obtained is an August 17, 2018 draft letter from Wisconsin Governor Scott Walker to President Trump expressing palpable dismay at the President’s actions.

Trump’s trade policies, asserted Walker in his letter, are likely to “cause damage to our farmers through an escalating trade war.” Pointedly, Walker noted, “China has specifically targeted major Wisconsin products in their retaliatory tariffs.” Walker continued that this causes serious and direct harm to Wisconsin farmers, who, for example, “produce approximately 85 percent of all ginseng in the country and send nearly half of their exports to China.”

Walker’s letter, available in full on Property of the People’s website, concluded with a plea to President Trump to “take steps that look out for the American farmer[.]” To do this, Walker insisted that President Trump must “maintain our current trading partners and grow new ones.”

Property of the People also obtained a briefing document prepared for Governor Walker’s then upcoming meeting with the President of the China Investment Corporation. Drafted by the Wisconsin Economic Development Corporation, the document underscores Walker’s warning to Trump. The brief noted that China has been a key buyer of American ginseng since the 1700s and that Wisconsin accounts for 90% of U.S. ginseng exports to China. The brief then asserted that Wisconsin farmers simply cannot afford losing access to the Chinese market.

All of the documents obtained by Property of the People from the Wisconsin Governor’s Office, including Walker’s letter to Trump and the Wisconsin Economic Development Corporation brief, are available on our website. This document cache includes numerous examples of American farmers struggling with and living in fear of what Trump’s trade war might bring next.

Earlier this month, the U.S. and China agreed to temporarily refrain from imposing additional tariffs on the other. However, President Trump’s belligerent, impetuous approach to international trade bodes poorly. As Trump tweeted in September, “I hate to say this, but behind that [tariff] is another $267 billion ready to go on short notice if I want.” Property of the People will continue to obtain documents on the consequences of President Trump’s reckless trade war and its impact on Americans of all walks of life.